Paul Maidment leads the firm and brings his highly regarded international editorial experience to engagements with clients in the United States and Europe as diverse as CNBC, Bloomberg, Quartz, the Spanfeller Media Group, Oxford Analytica and ArtNet.

In these, he has worked on the successful establishment and development of the editorial operations of more than ten content-driven start-ups as well as editorial culture and operations transformation at established publications.

Before starting Bystander Media, Paul was an award-winning journalist and pioneer in digital journalism. He was the founding editor of the Financial Times’ website, FT.com, and Assistant Editor of the newspaper, and then spent a decade in a similar print/online role as executive editor of Forbes magazine and editor of Forbes.com.

During his editorship of FT.com, it became the first non-U.S. site to win two of the US industry’s prestigious Eppy Awards while the Financial Times was the first English language daily to have an integrated print-online newsroom.

Paul’s early career was spent as a foreign correspondent and editor with The Economist, the Asian edition of the Wall Street Journal and the BBC working in London, Tokyo, Hong Kong and New York, specializing in international economics, business and finance. His publications include The Economist Surveys of Hong Kong, Japan, the Japanese Financial System, and International Banking.

This broad range of professional experience gives Paul a uniquely global perspective on the changes transforming the international political economy and journalism, topics on which he remains in demand as an expert speaker and for broadcast interviews.

Paul was a founder member of the Online News Association and served on the Editorial Committee of the US business media trade association, AMB. He was also a trustee of The Hudson School in Hoboken, NJ.

He is a graduate of the University of Oxford where he read Philosophy, Politics and Economics at St Catherine’s College. 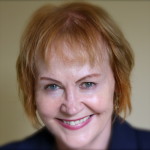 Lisa Martineau has long experience of producing both long- and short-form editorial content, teaching and mentoring.

She was Tokyo correspondent for The Guardian and worked on the newspaper’s Foreign Desk in London.

She has been a political columnist for Eurobusiness, and has written for the Financial Times, The Economist, International Herald Tribune, Euromoney, Business Traveller, Foreign Report, The Globe and Mail and NYCityWoman.com. Lisa also taught creative writing at The Hudson School.

She is the author of two critically acclaimed works of non-fiction, Politics & Power: Barbara Castle, a biography, selected by the Financial Times as a political biography of the year, and Caught In A Mirror: Reflections of Japan.

Lisa has also written two novels, All The Old Familiar Places and most recently This Way to Sunday.

Contact us to see where we can help or to discuss a particular need you might have.